Its crazy to me that I am in my final week of my study abroad program here in Valencia, Spain. At exactly this time next week, I’ll probably be on a plane flying back over the Atlantic to return home to Florida. Time truly does fly when you are in another country; it seems like just yesterday that we were touring Madrid and Toledo in our first couple of days in Spain. While reflecting on all I have done and experienced, I really am blessed to have had this incredible and life changing opportunity to live, learn and engage in a foreign culture.

However, I’m still very excited to tell you about the great weekend I had in Barcelona and Peñíscola! Our entire program spent Friday and Saturday in Barcelona, which is much larger and more urban to me than Valencia. We began with a bus tour later followed by a walking tour of the gothic neighborhood of Barcelona. This neighborhood is very centrally located, and yep, you guessed it – all of the buildings follow the gothic style of architecture! The church of Barcelona was absolutely stunning, and after we treated ourselves to some o the best gelato we’ve had so far in Spain! (That place was called Gelaaati! and is known for serving authentic Italian gelato) 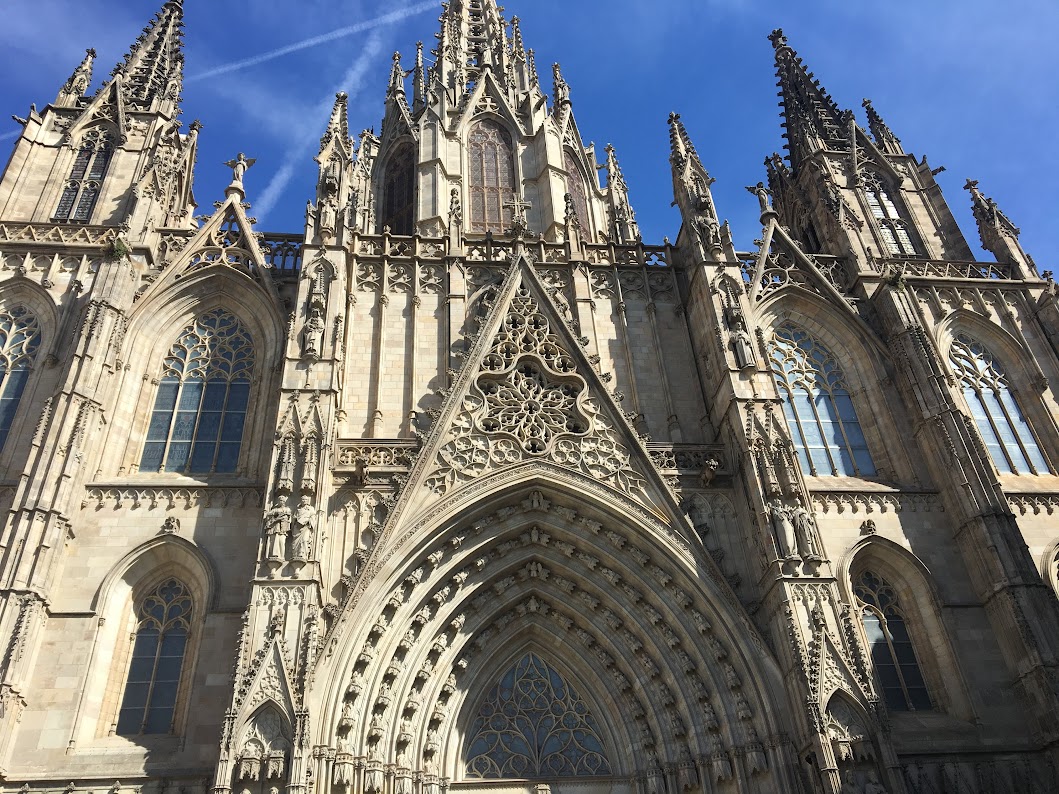 Saturday, we all went to Park Güell, a beautiful park with gardens and the architectural work of the famous artist who modernized Barcelona, Antoni Gaudí. His work was known for its unique, colorful mosaics, and this is reflected throughout the work in this park. There is a long, winding bench made of colorful mosaic tile, two houses that reminded me of Gingerbread houses, a sculpture of a mosaic reptile, and much more. Gaudí made an incredible impact on the city of Barcelona, and his unique architecture projects can be spotted throughout the city. 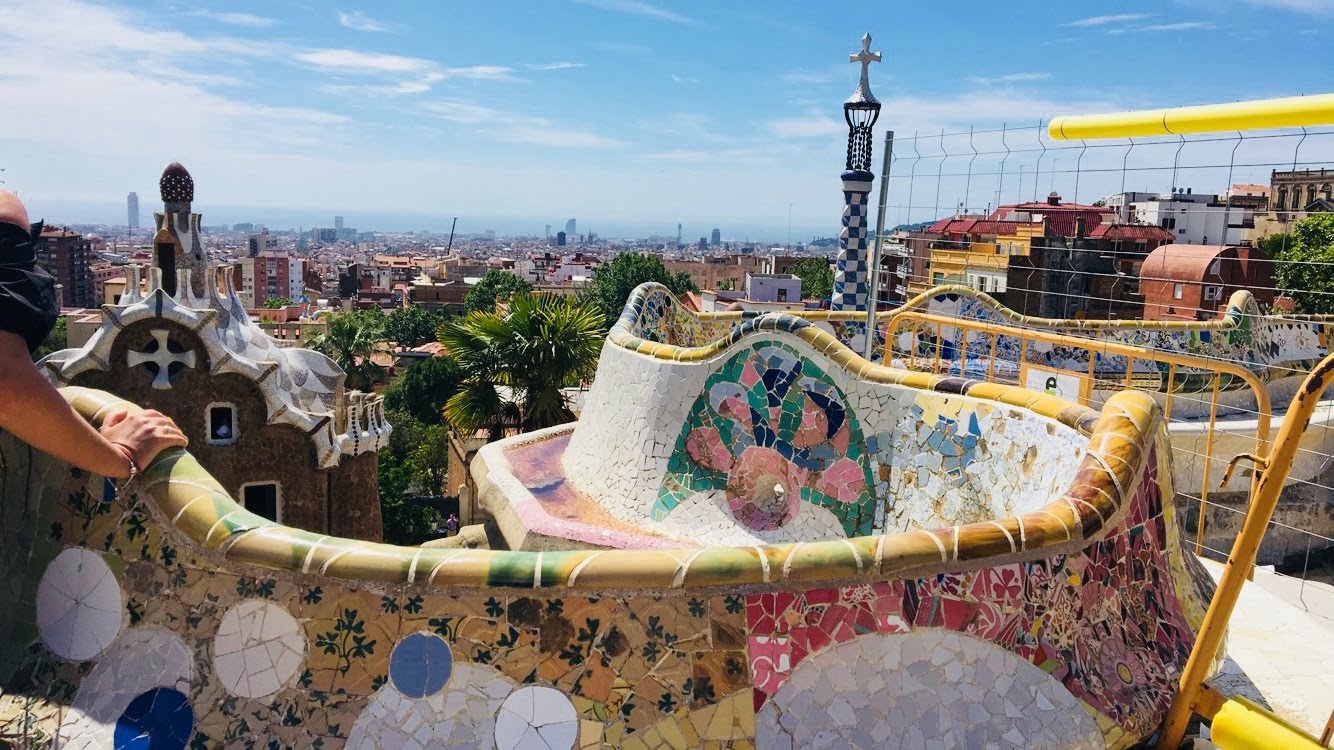 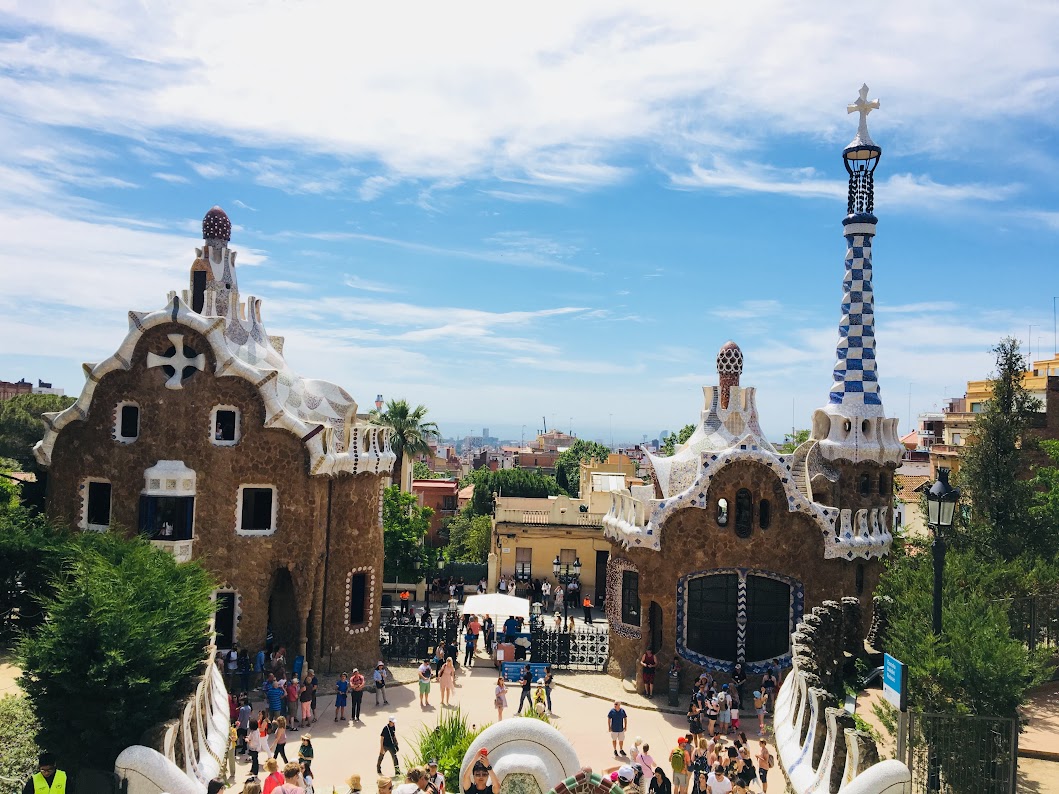 The coolest project of his in my opinion is the Sagrada Familia Basilica. This enormous place of worship is still a work in progress, with 2026 as the year it is expected to be finished. It will be the tallest church in the world at 510 feet and is absolutely striking. Gaudí envisioned the side facing east, representing birth and the sunrise, to represent the birth and early life of Jesus Christ. On the west side of the basilica, scenes of Christ’s later life, his crucifixion, and his ascent to heaven are displayed representing the opposite of the east side: death. 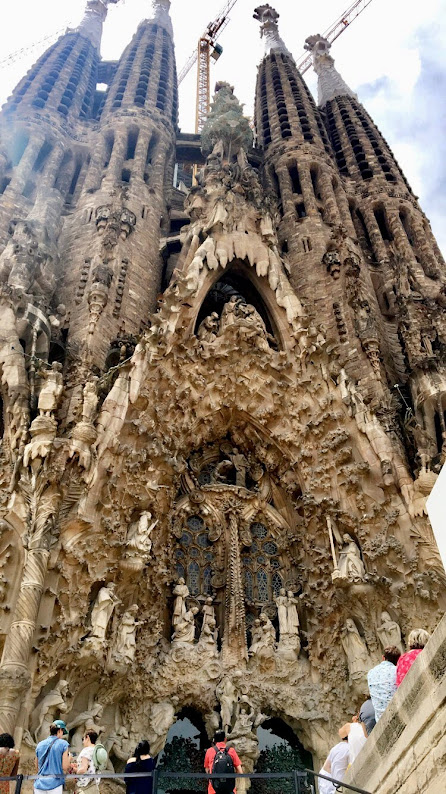 The inside of the church was incredible as well. All of the walls were full of amazing, colorful stained glass in the same sense of Gaudí’s bright, mosaic styles. The east side had cool tones, representing birth and sunrise while the west side shows warm tones to reflect sunset and death. They also showed a picture of what the future front door of the basilica will look like: it will show the Lord’s Prayer in 50 languages, to represent unity and acceptance of the Christian faith. The Sagrada Familia is the most beautiful, modern, and unique church I have ever seen, and it is definitely a must see if you are ever visiting Barcelona! 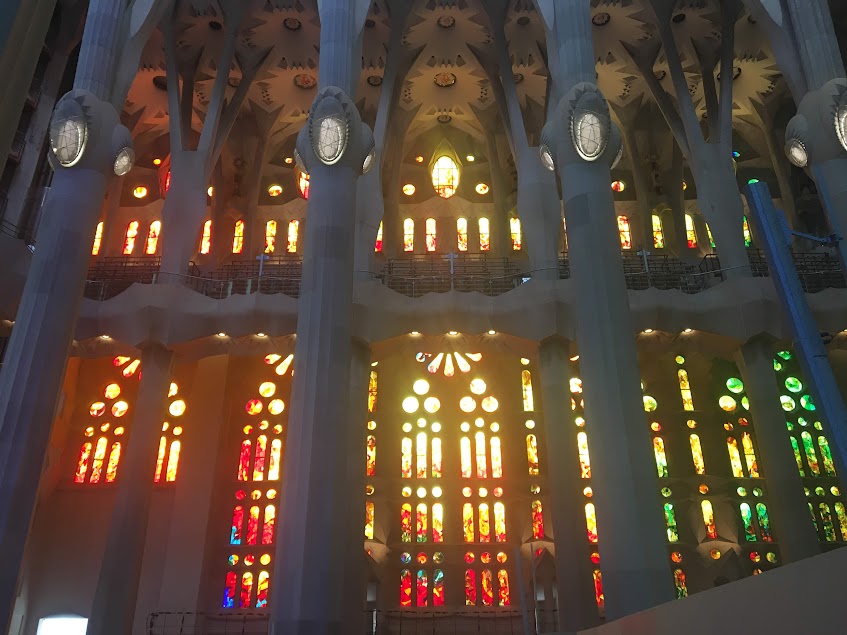 On Sunday, we took a bus to a small coastal town in the greater Valencia community called Peñíscola. Not only was the beach beautiful and the old town adorable, but the famous castle of Peñíscola provided me with some of the most stunning views of the town, the beach, and the mountains off in the distance. We went up, enjoyed the amazing view, and explored the interior and history of the castle. I later realized that this castle of Peñíscola is one of the top three castled in Spain! And for the mere cost of only 3 euros, I can say it was definitely worth it!