This week in Valencia has flown by so quickly, and it’s hard to believe that I am about halfway done with my program! Each day, I usually wake up around 7:45 to get ready, eat breakfast, and catch the morning bus to our 9 am class. After classes end around 1:30, we typically go home to eat lunch with our host mom, who is hilarious and a drama queen! One lunch, she kept saying how such a disaster her day had been because she couldn’t find her car key and was thirty minutes late coming home to feed us lunch. We didn’t mind because we took a much-needed siesta before she came!

So this past school week was pretty good, but this past weekend was probably one of the most incredible and memorable experiences of my life. My roommate and I decided to take a small weekend trip to Mallorca, a small Spanish island right off the coast of Valencia (the flight was only 45 minutes!) Upon arriving at 10 am on Friday morning, we took a bus directly from the airport to a town recommended to us by friends called Santanyi. Santanyi is known for its beautiful beaches. The bus ride was only an hour long to transport us to the complete opposite size of the island, giving us some perspective on Mallorca’s size. 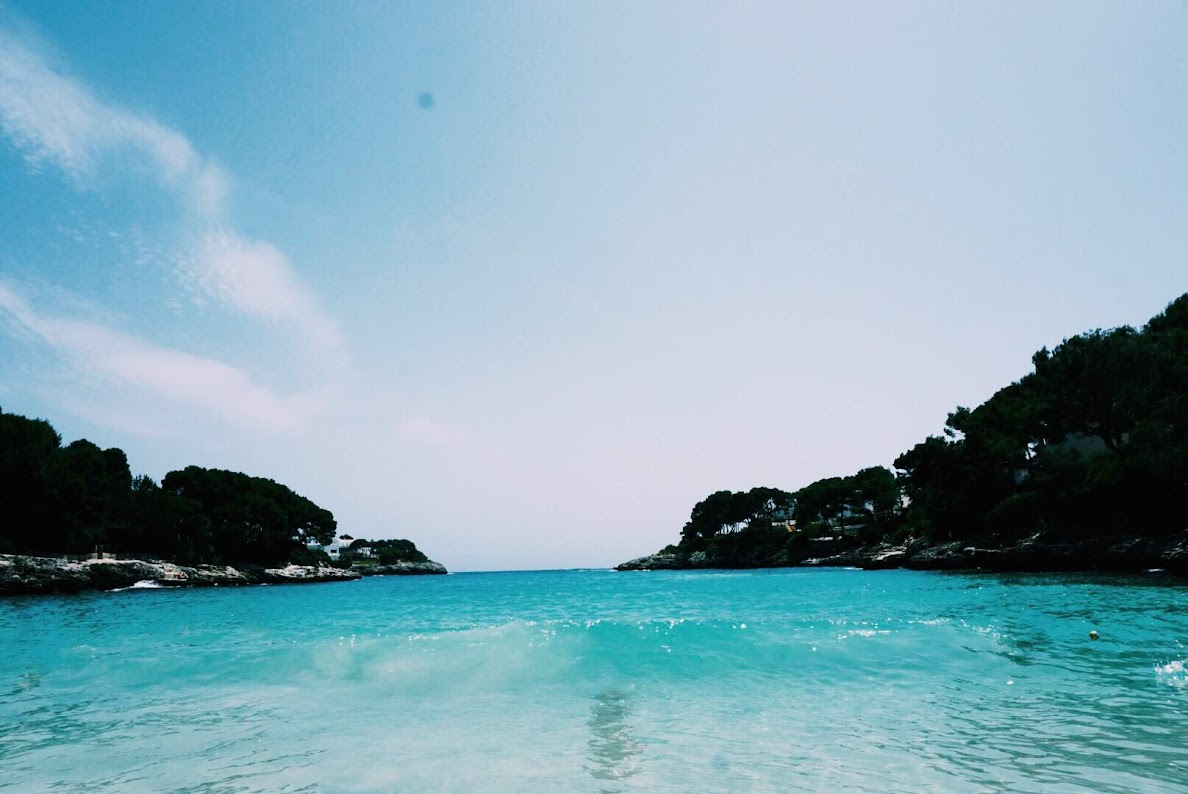 This beach that we went to (Cala Gran) looked like a scene straight out of a dream. It was the most stunning landscape; the water was clear, Caribbean blue and large rocks formed cliffs on both sides of the beach. We spent our entire day there, half relaxing on the beach and the other half roaming and exploring the incredible cliffs! Sitting on the rocks and looking out at the clear, glistening ocean below me, I felt truly blessed and grateful for our magnificent earth and that I had the opportunity to see and appreciate its immense beauty. I cannot even put this scene into words because it was so stunning, so I definitely recommend going to Cala Gran in Santanyi if you ever find yourself in Mallorca! 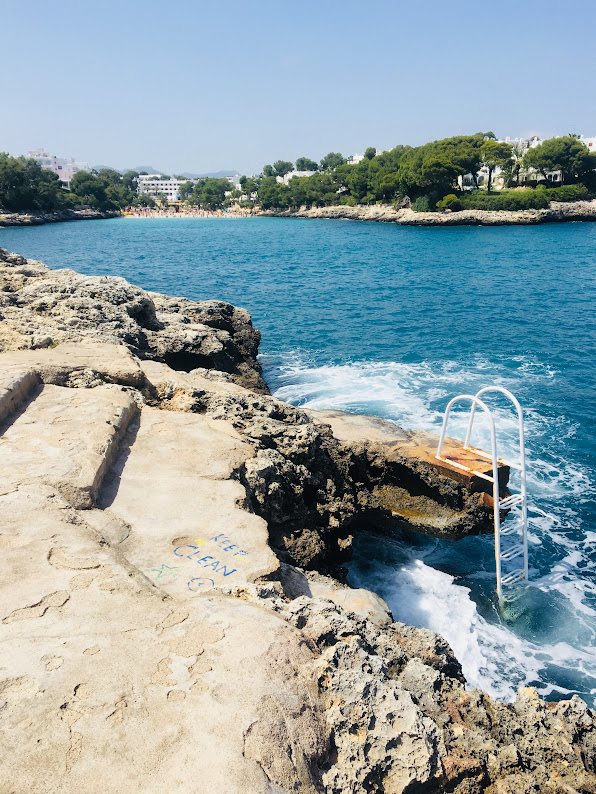 I thought Friday had been the best day of my life until Saturday came. On Saturday, we took an antique wooden train built in 1912 from Palma de Mallorca to a small town called Sóller.  Sóller is a mountain town on the north part of the island. The train ride was about an hour long, but it was very scenic because we were passing right through the beautiful mountains. We met some other Americans who were very nice, (except for the fact that the dad was wearing an FSU shirt) and we talked with them for a long time about our travels and experiences abroad. 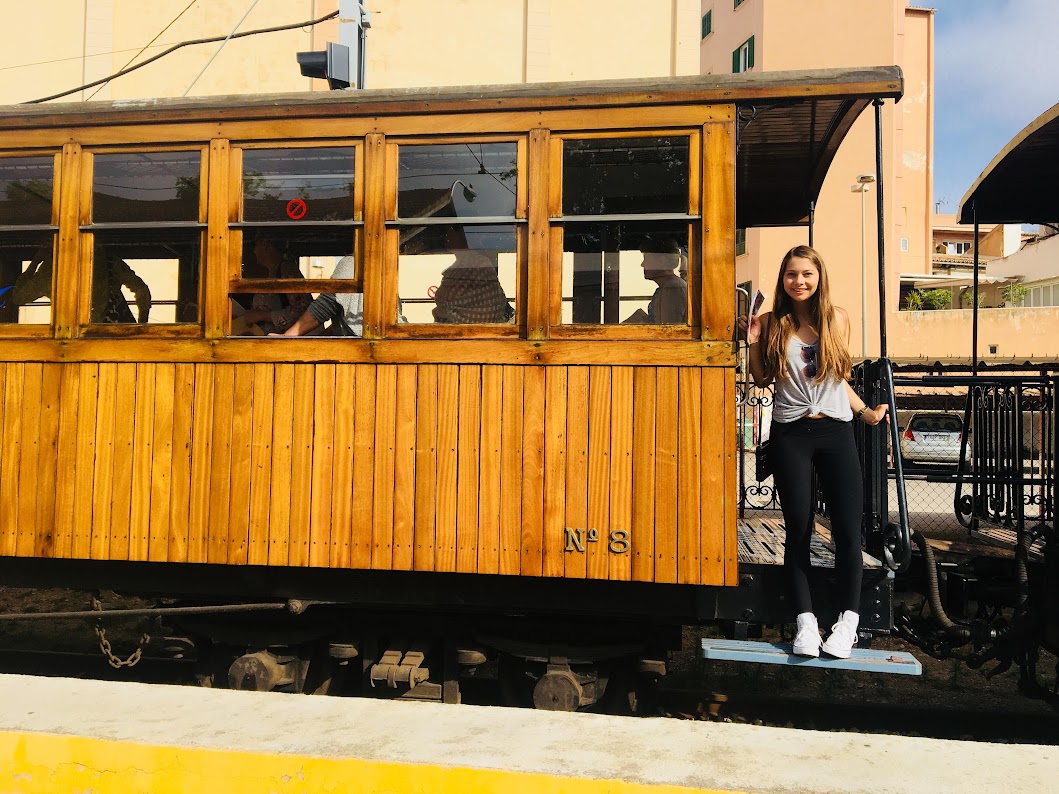 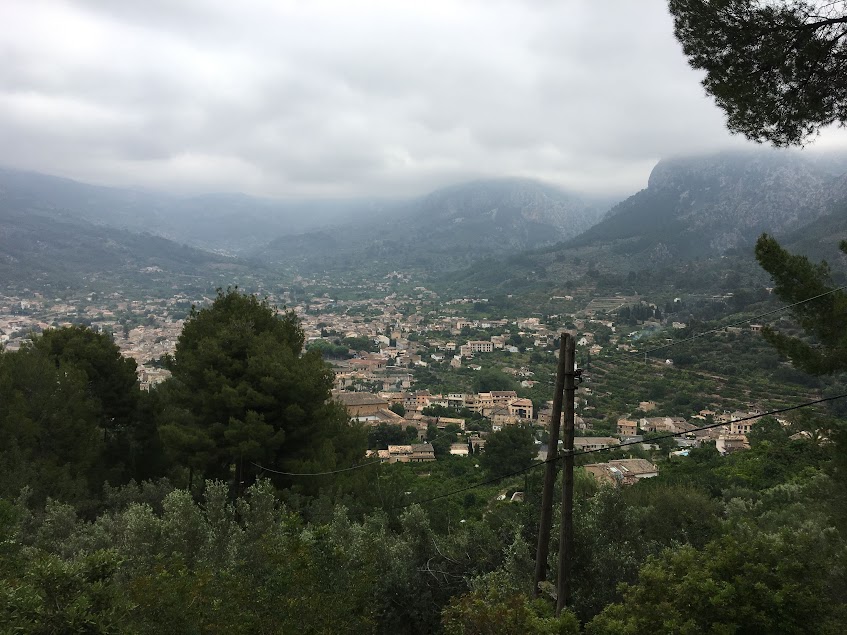 After arriving, we realized that there was a large local market taking place in the town’s central square (we later found out that it occurs every Saturday from 7 am to 2 pm). It was so exciting because there were hundreds of small tents and booths around the city center selling fresh foods, trendy fashions, and unique handcrafted artwork by local artisans! We spent about two hours exploring all of the tents, and I ended up getting some really cool gifts for my parents there! 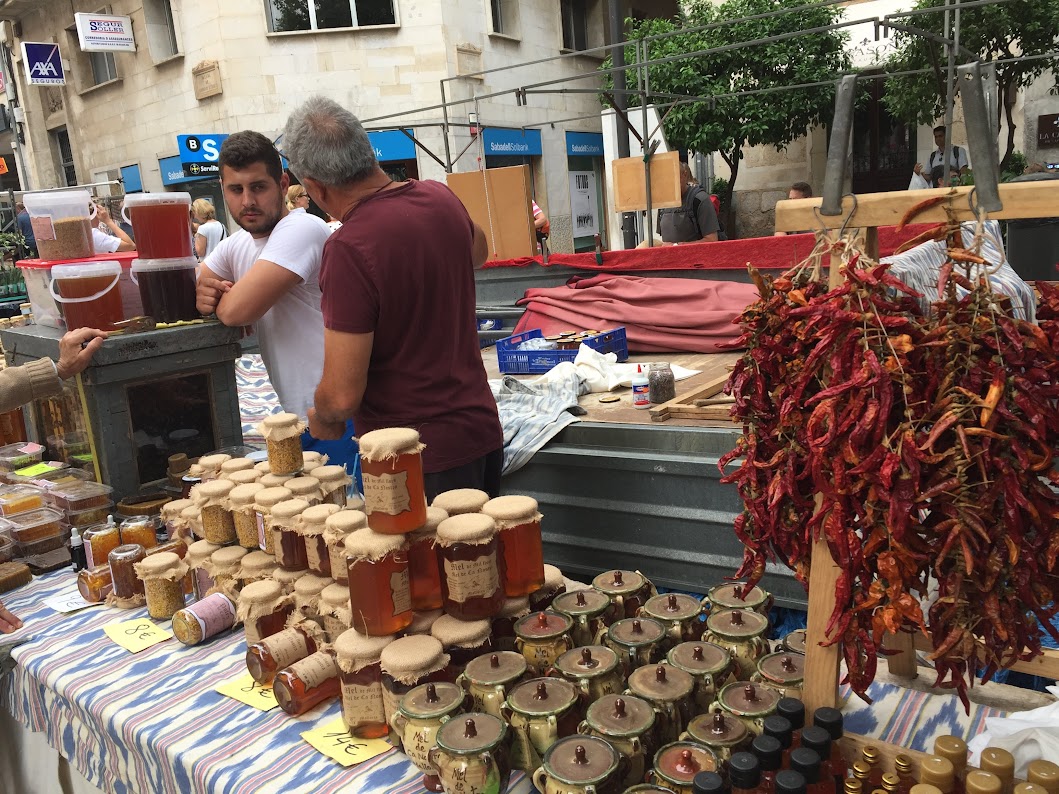 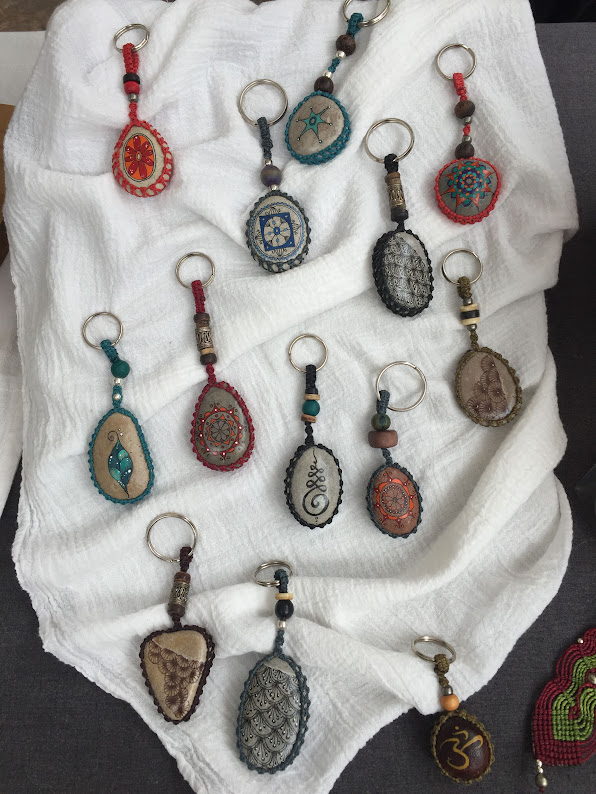 Later, we took a small tram (25-30 minutes) into the Port of Sóller, which also looked like it had come out of a dream! It was so beautiful, especially because the clear blue water of the port was surrounded by incredible mountains! I genuinely felt as though I was walking around in paradise. Shops and restaurants outlined the beach that overlooked the port and mountains in the background.

We found a cute little restaurant with an incredible view of the port and amazing food; I had chicken covered in a homemade orange salsa which was absolutely delicious. We met an adorable older British couple sitting at the table next to us who we loved and bonded with greatly over our differences and similarities in culture. They said they have traveled to America a few times and were telling us about their experiences. 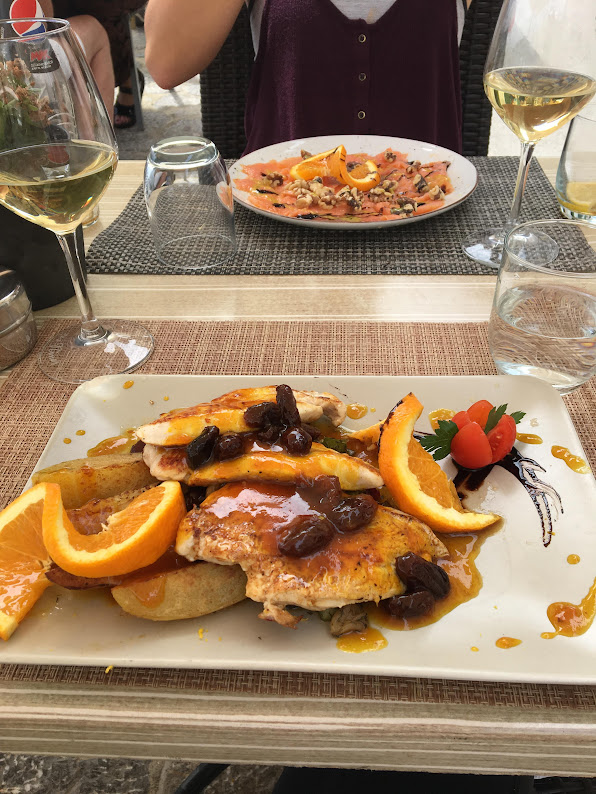 We spent Sunday walking around Palma de Mallorca, the main center of tourism on the island. We stumbled upon a massive famous cathedral and a Spanish royal palace (maybe a nice vacation home for the king and queen?) The town itself is made up of really cute, narrow cobblestone streets full of restaurants, cafes, tourist shops, and more! We also found a really cool English book store that seemed to have thousands of old books on every topic! It was so fun to explore the town’s center and main hub, however, after a long weekend we found ourselves tired and ready to return to Valencia. Our flight left at 9 pm and we were home in our beds by 10:20 pm. This weekend was truly a blessing and a part of my life that I will never forget. Experiencing some of the most beautiful and unique places on earth in only one weekend proved itself to be more than doable on the island of Mallorca, and I would definitely return at any chance to!

One thought on “Weekend Trip to Mallorca!”