Once we were settled into our apartments in Florence, it was time to tackle living like a real Italian and hit up the grocery store.

My roommates and I wanted to have enough food in our apartment so we don’t have to eat out three meals a day. While it was easier than I expected to find food in the Conad grocery store, it still came with its differences and challenges.

When we walked in, we tried to just look for familiar packaging to figure out what food we were looking at. The Conad is much smaller with extremely tight aisles compared to a Publix or Walmart. The only time I wasn’t sure about the packaging was in the refrigerated dairy aisle looking for butter. I had to ask someone to make sure I didn’t get the wrong thing.

The carts were also completely different. They were more like Walgreens carts with four wheels that you can either carry or roll and pull with the long handle. They’re almost too big to carry and when you try to pull them, you almost always end up running into someone in the cramped aisles. 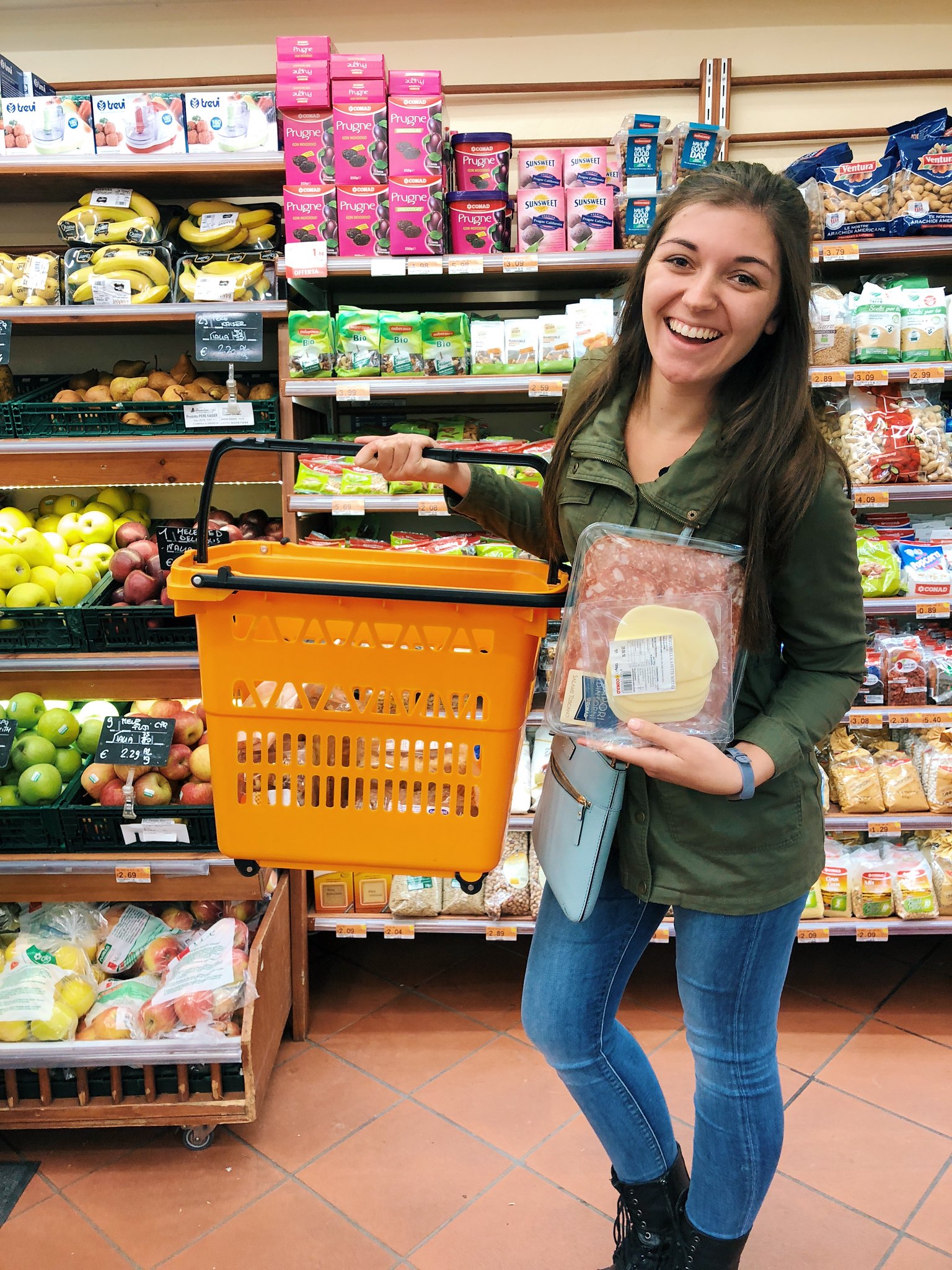 I have to say I was very impressed by their fresh fruit selection. I guess I assumed since we are in a city, there isn’t anywhere to get fresh fruit, but boy was I wrong. There was every fruit imaginable and when I ate the pears I bought they were really yummy.

Halfway through our shopping trip, one of the girls was concerned because half the food she looked at was expired and said, for example, 3/8/18. We were shocked they would have expired food on the shelves until we collectively remembered the dates are written differently in Europe. What we thought expired in March, doesn’t really expire until August!

When checking out, the cashiers were not friendly at all and seemed annoyed that we were even there, but that could be because it was almost closing time. We had to bag the groceries ourselves and we were charged 1 euro per bag. Thank god we didn’t get too much! The food was much cheaper than we expected it to be and each of us only spent about 10 – 15 euros for a decent amount of food. 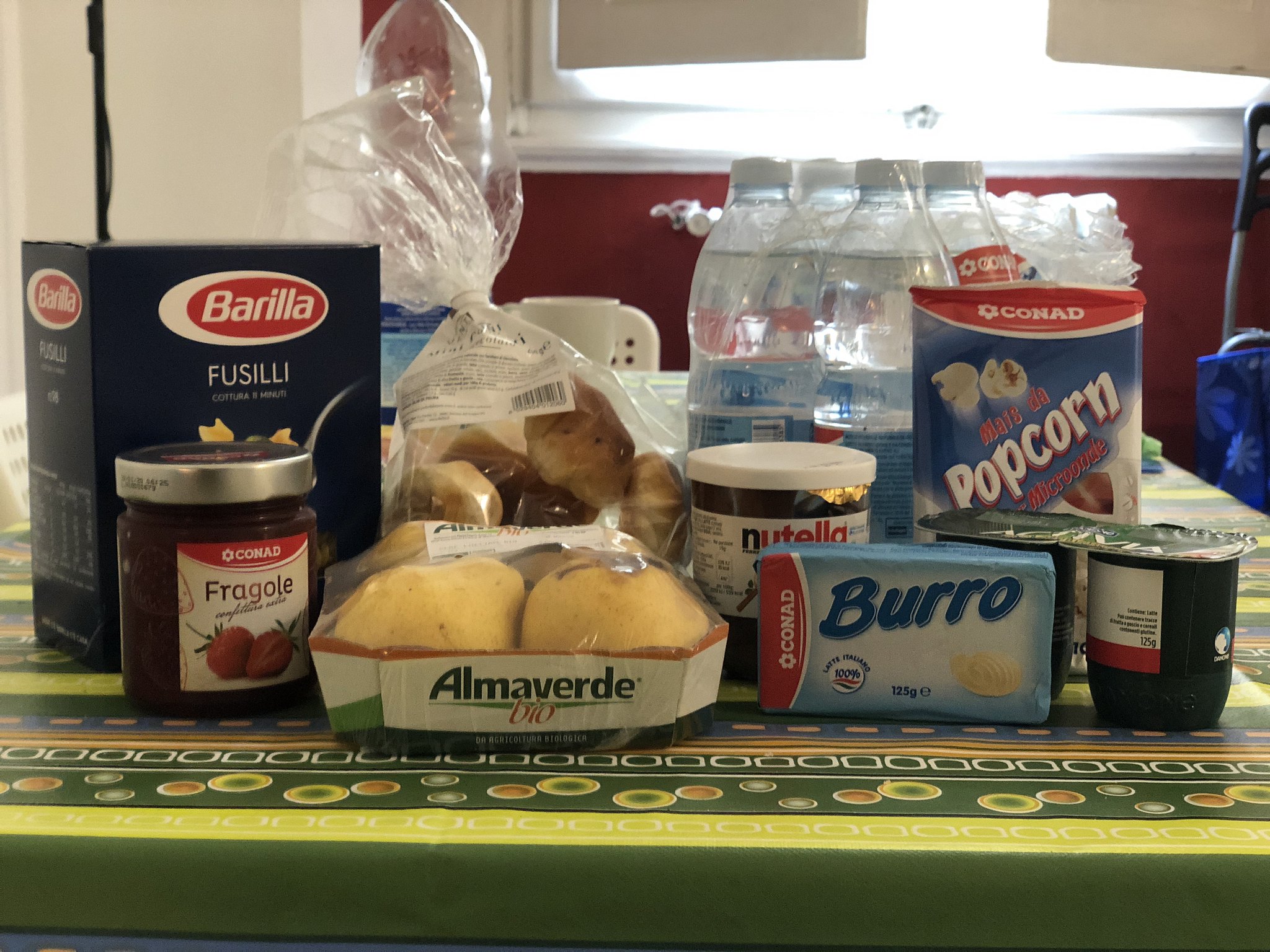